A saga over a 3 Storey Manor Home Extension

A curious tale of a strange three floor extension... 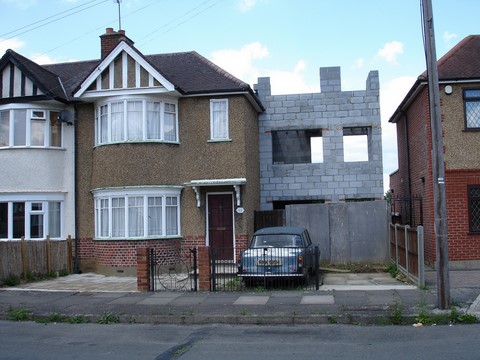 Further to your recent enquiry regarding the above mentioned premises I would advise you that the owner Mr XXXXX does have a valid lawful development certificate which was issued by the Council on the 19 January 2004.

The certificate was issued by mistake and a refusal should have been issued as the development as submitted did not benefit from permitted development at the time.

Unfortunately the Council were unable to revoke the Certificate if it was issued in error, the only provisions under The Town and Country Planning Act which the council could revoke the certificate would be if the information provided was false and misrepresented to the Council (which was not the case).
The Council has taken Counsels advice and the advice given is that certificate is valid.
Mr XXXX started the works on site in March 2004 and has on a piecemeal basis been building the extension since then.  There have been 8 certificates of lawful development submitted by the owner since 2003 all have been refused by the Council and dismissed at appeal by the Planning Inspectorate.

The approved drawing shows a extension with a width of 4.4 m and an external depth of 1.3 m, it is 3 stories high reaching to the apex of the main roof.
The approved plans show the front ground and first bay windows being demolished along with the dual pitched roof covering the front bay. This element has not yet been carried out by the owner, I have written to the owner and asked him to carry out the development as shown on the valid plans any significant departure from the plans would make the development unlawful and subject to further enforcement action.

If you require any further information in relation to this matter I am more than willing to discuss this matter with you at the civic centre.

Read about the planning issue at Windmill Hill