For a number of publications a map was included that showed Exmouth Road connecting with Queens Walk, it never did.

In the example below which shows this error it also shows Empress Drive and Alexander Road where Queensmead School now stands.

(Note also the name of South Ruislip station, not an error but shows an earlier name for it, where initially it was called simply Northolt Junction and, as RAF Bases are named after the nearest railway station, shows how RAF Northolt got its name.) 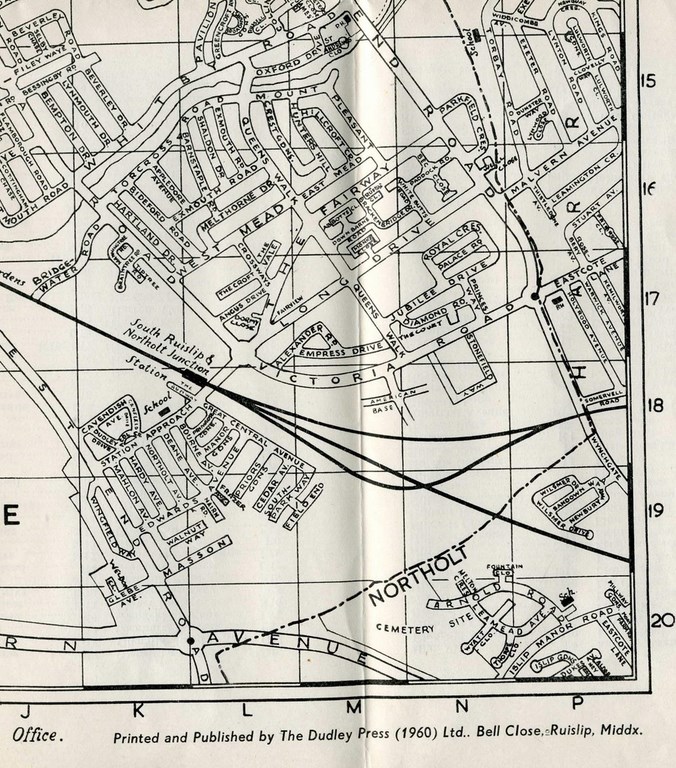