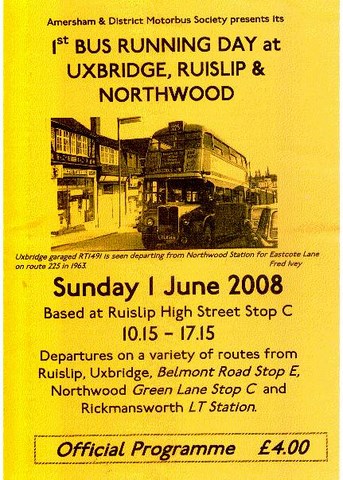 So it was that on 1st June 2008 Amersham & District Motorbus Society presented to us their “1st Bus Running Day at Uxbridge, Ruislip and Northwood”

My intention was to “play” buses bus not in such a fashion as to ride as many as possible, but to “use” them. So it was that I popped up to Ruislip to avail myself of a £4 programme with timetable, and I think it was probably the best £4 I have ever spent!!

OK, lets start off by saying I am not a “Bus Person”. I do not, and never have spotted buses or trains. But I do hanker after a little nostalgia now and again, and when it is presented on my doorstep….well you have to don’t you!

My wife does not get up as early as me and was less than enthusiastic about the prospect of spending a day (ish) wandering around on buses, asking if I had my anorak and “Roy Cropper” bag. She wanted to go to Uxbridge to the shops, and as she cannot drive at the moment due to a leg in plaster, it was beholden to me to take her. I told her this was not a problem, we could go on the 128 bus.

So, with my trusty timetable we set off and caught the 128 from outside Quilters to Uxbridge (indeed, you can just see her in crutches in the picture at the foot of this page), via Mount Vernon and Harefield Hospitals. Now it has to be said the clientele was somewhat stereotypical of what one might expect, and there were a lot of cameras…..The bus was one of the old ones that once plied the route, and at Harefield Hospital it met up with the bus working the route in the opposite direction, and all those that had cameras got off to photograph what I understand to be an almost unique event as these are the last two of these buses left in existence (!). (picture below).

The fact that the exit from the hospital was blocked for five minutes while the pictures were being taken seemed to worry nobody. The journey took almost an hour from one end to the other. My understanding is that apart from these being the last two of these buses left in the original condition, that due to the "Low Emission Zone" this is the last time they can make this trip unless they want to pay £200 per day, surely there should be an allowance made for such events.

In Uxbridge we did a bit of shopping and took a 220 bus back to Ruislip, which went via Hercis Road, Long Lane and Kingsend. This was an old RT. While in Uxbridge I rang my 14 year old daughter to see if she fancied an hour at the Lido, and she said she did so I told her to grab her younger sister and get a bus from South Ruislip up to Ruislip and meet us. Of course I meant the 114, they arrived, on time, on a 158.

From Ruislip we went up to the Lido on a 211. This bus was very old and the driver was having a lot of fun getting it away, there seemed to be many rocks in the gearbox, which only served to add to the general entertainment.

I had told my wife that I just HAD to ride a 158 through Ruislip Manor otherwise my day would not have been complete so we duly took one from The Lido down to The Eastcote (Arms) , then we crossed over and got on a much newer bus (again a “158”) back to Ruislip where we returned to the car. I spoke to the driver/owner of this last bus while we were waiting, and commented that the bus was “not very old”. He told me that is was about 32 years old and one of only about six left in original condition out of something like 2,500 ever made. The "32 years old" bit scared me to death as I remember them being new.

The “first” 158, we got on, a Routemaster, could not have been retired very long as it had a 73 bus route sticker on it, with “Mayor For London” written on it.

The organisers deserve a lot of credit, as do those that allowed us to ride on their buses. The buses ran almost exactly per the timetable, were clean and well turned out and all those driving or conducting were friendly and looked to be enjoying themselves. What was a shame however was that the attendance was not brilliant, especially when you consider that it was, ostensibly, a free event.

So thanks to one and all.

There were two things from the day I will remember for a long time, one was the looks people stood at the side of the road gave the buses as they went past. Jaws dropped and people almost looked like they were pinching themselves. Also when people waiting at bus stops found a museum piece stopping and offering to take them, and for free, some almost had to be dragged on. I am sure they felt they would go around the corner and find themselves transported not only to their destination but back to the 1960’s.

The other was of the boy who decided to “scare” the swans at The Lido, who ran at them and when trying to stop slipped and went sliding in. Ah...happy days!

The folks that organised it....

Footnote: Sadly there never was another bus running day in Ruislip, where problems with the LEZ were probably the reason behind them finishing.

That said, around the country, there are days held, and they make a simple and splendid cheap day out, but to get the most out of it you need a timetable (and a slide rule).

You may find details of event coming up here 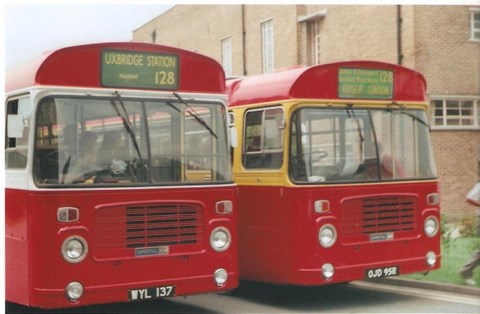 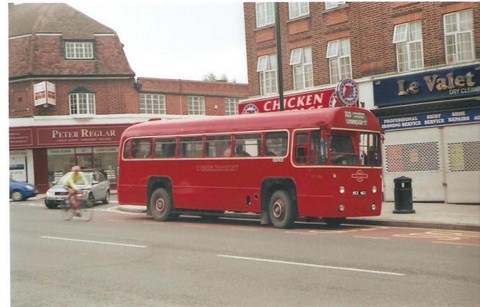 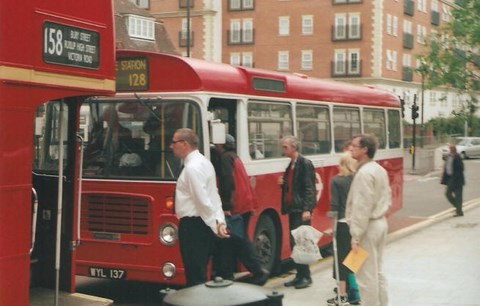 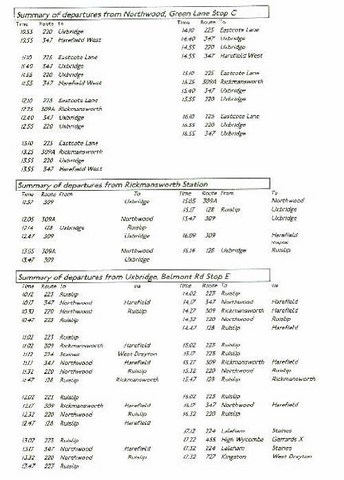