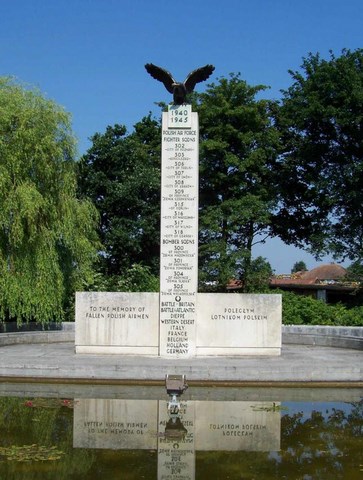 Note:- Clicking on images will enlarge.

Perhaps one of Ruislip's best known landmarks and yet seemingly with no official page on the internet.

The memorial is here as during the Second World War there were numerous Polish (and Canadian) airmen stationed at RAF Northolt. The memorial was commissioned to commemorate Polish airmen who perished during the conflict.
RAF Northolt Web Site

Ruislip Online has been pleased to assist the owner of the web site Polish War Graves in compiling the only known definitive list of all those commemorated on this memorial. This involve my taking pictures of all the plaques and then e-mailing them to the owner of Polish War Graves who has then put them together as a typed, searchable, PDF file. Click on the link to view the site. Should the site not be available for any reason then a list of names may also be found here. 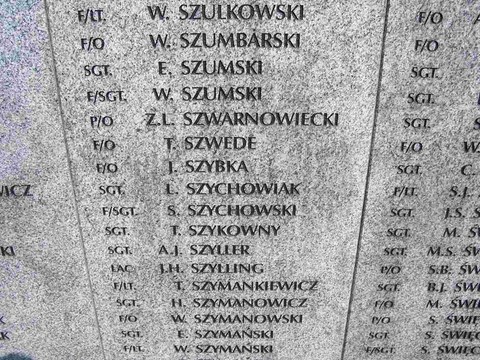 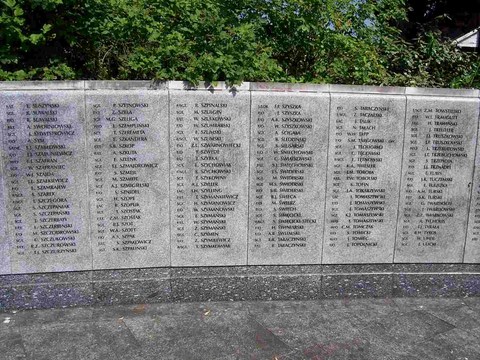 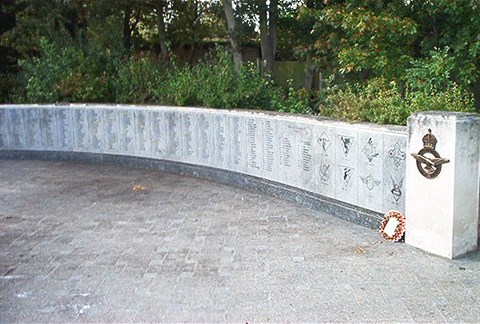 List of names on the Polish Air Force Memorial

A memorial has also been erected outside The Orchard public house in Ruislip, to commemorate the Polish Airman that served here during WWII.

Pictures of it can be found here.