This gas decontamination centre was built in 1941 in a modernist style by Ruislip and Northwood Urban District Council to counter the expected gas warfare on civilians.

The layout of the gas decontamination centre would have included an undressing area, eye douche and showers, drying rooms and dressing rooms.

During WWII all civilians had to carry gas masks as a precaution against gas bombs being dropped. In the event neither gas masks or decontamination centres were ever needed as gas bombs were not used. The building later became a church hall and is now (2021) a dance studio, Jam 2000
It is located on Pembroke Road more or less opposite what is now Kwick Fit and near the traffic lights in Ruislip Manor.
It was also the first place that the Fourways Women's Club started meeting back in 1964, a group that still meets locally and often used for Jumble Sales and the like. 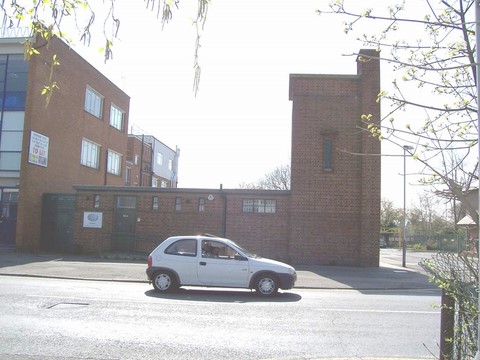