Dakota lands on a house in Ruislip

Dakota crashes on to a roof in South Ruislip.

On December 19th 1946 a Dakota DC-3 airplane took off from RAF Northolt and ended up crashing on to the roof of a pair of semi-detached houses, 44 and 46, in Angus Drive South Ruislip, where one house was subsequently named Dakota's Rest in memory of the event.

If the stories are to be believed the pilot and co-pilot and two other crew, plus one passenger, got out of the plane and came in to the house via the loft hatch! Miraculously nobody was really injured.
The plane was de-iced prior to take off but it is thought then spent too long waiting to take to the air and ice formed again on the wings affecting lift. 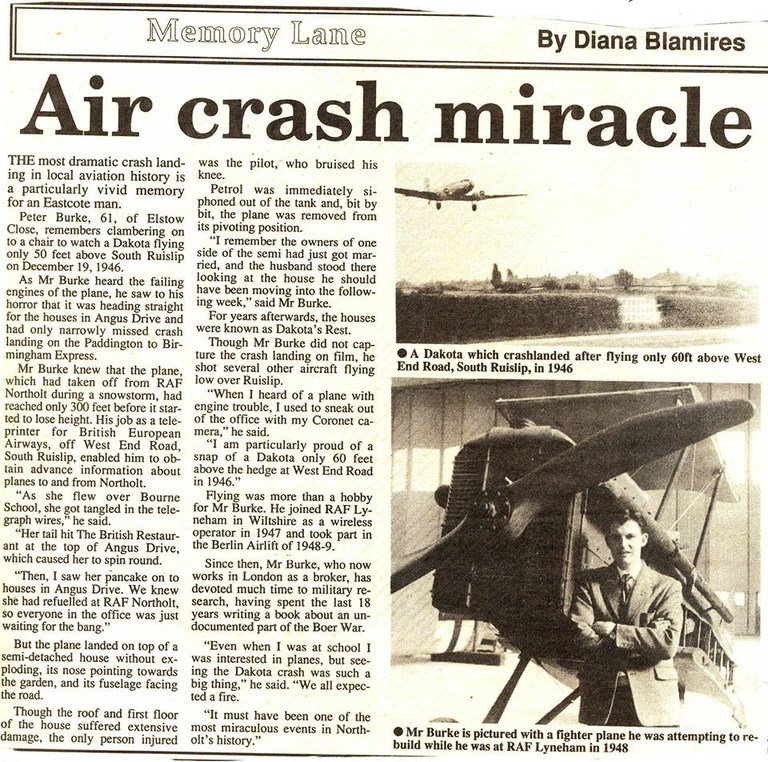 Loads more pictures here
There is a Wikipedia page here