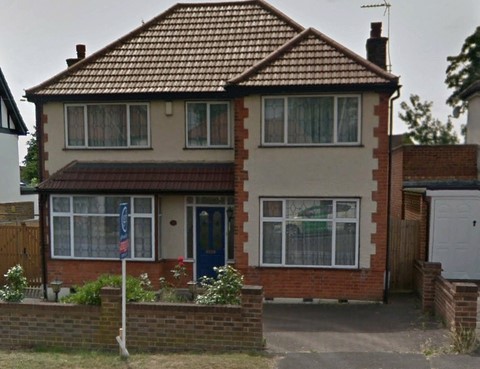 (Opening comments from a Ruislip, Northwood & Eastcote Local History Society publication from 1992)
This school was situarted in a house in Windwill Hill, not far from the junction with Manor Way.
It was in Windmill Hill Ruislip (see footnote below).
The date the school opened is not known but it was listed in the 1933 Middlesex Home Counties Guide.
It seems to have been run as a preparatory school for girls and a kindergarten for girls and boys.
Local directories for the 1930's indicate thes were some relatively rapid changes of ownership.
In 1933 they show Miss Florence Terrett M.R.S.T. as principal, but by 1937 she had been suceeded by Miss Annie Chalmers, and in 1939 Mrs V Gorgone B.A. was listed as the principal.
Nothing further is known.
(Footnote: Thanks to the wonders of Facebook and somebody having a relative living there it is thought that the address of this school was 36 Windmill Hill as the owners buying it some years back were told prior to them owning it it was a school)