On October 25th 1960 a Pan American (Pan-Am) Boeing 707 jet with 41 passengers and crew on board landed at RAF Northolt by mistake!
The approaches to Heathrow and Northolt were similar in that each approach, when heading over London, had before them very large and similar in appearance gas holders. The pilot it seems saw the gas holder and then beyond it the runway and assumed it was Heathrow, when the gas holder was in South Harrow. The Heathrow approach has (had) a gas holder in Southall.

In order to try to prevent the same thing happening again on the Harrow gas holder in very large letters the two letters NO (for Northolt) were painted on it and on the one in Southall LH (for London Heathrow) where there are pictures opf them below. They have both since been demolished.
There were fears that the runway at Northolt would not be long enough to get the plane airborne again but with a light fuel load it subsequently took off and made the short journey to Heathrow.
Read an eye witness account here 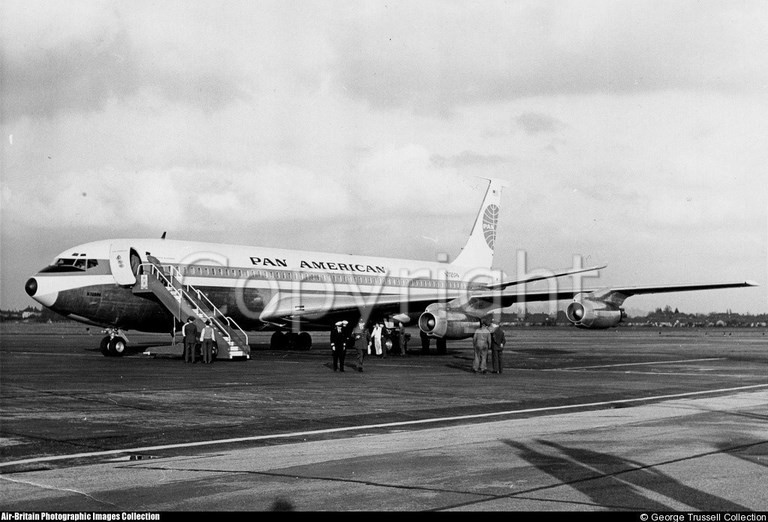 The pictures above are copyright to the George Trussell Collection.

Permission has kindly been given to use them here. 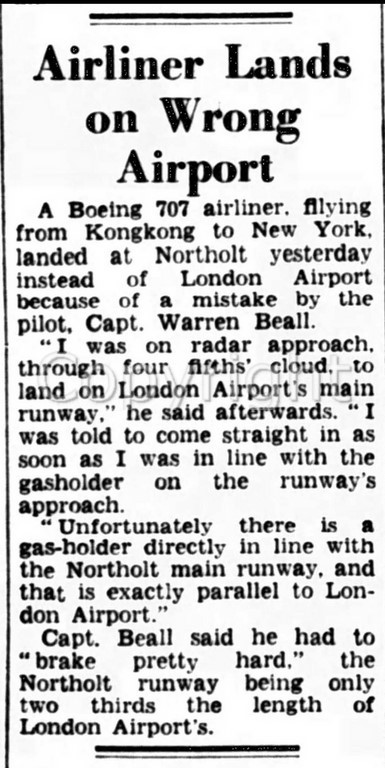 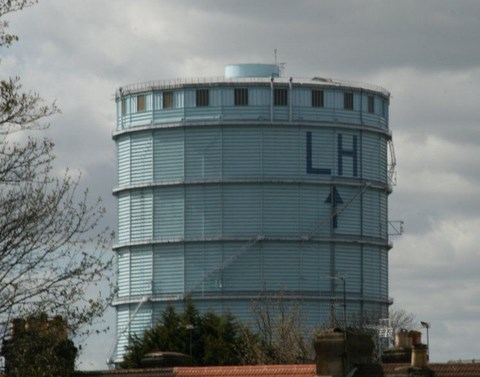 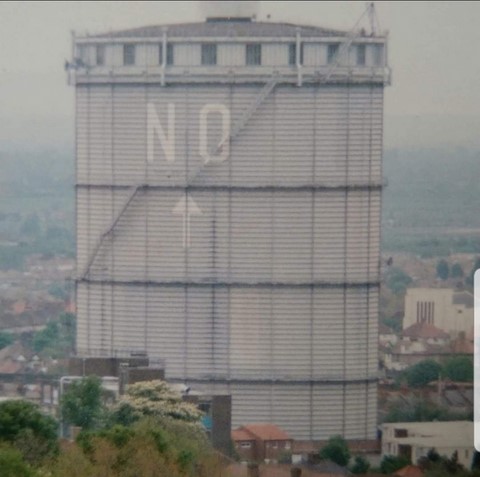 There are several pictures of the South Harrow Gas Holder here